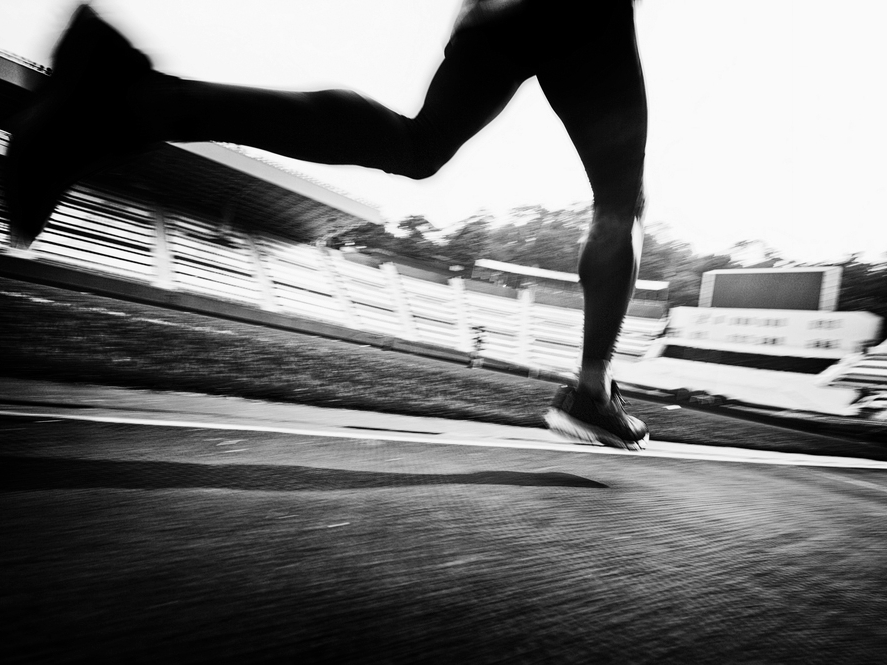 Well … I’m not sure you can even call it running. More like I shuffle my feet a tad bit faster than I normally do, for an extended(ish) period of time.

I am awful. My ankles hurt, my knees feel creaky and I am so, so slow.

The first day I attempted it, it was a struggle mentally. I wanted to just say, nah, I’m comfy in my pjs, next to this handsome dude, and, really, who needs to go outside when it’s so nice and cozy?

But then I begrudgingly remembered. I’m not super happy with my body right now.

No, this isn’t a body shaming post. I’m gorgeous and sexy and love myself exactly as I am. And no, this isn’t about how I look, although I confess I am tired of not being able to fit into my skinny clothes.

I’m not happy with my body because my energy levels are lower than they have been in quite some time.

I’m not happy because I feel tired ALL the time, even if I get 8 hours of sleep nightly.

I’m not happy because being tired makes me want to stay in and do the same thing every night; makes me miss most of the day light because I’m resting and recuperating; makes me have little or no desire to be creative.

So I got myself up off the couch and I pulled on my too-tight yoga pants, because I remembered something pretty important.

Newton is the shit

Ok let me clarify. I was reading a blog the other day and the writer mentioned how she hadn’t written in a while because of some changes in her life. Then she cited half of Newton’s first law of motion: “a body at rest will remain at rest unless an outside force acts on it”.

And it was like a light bulb moment for me.

AHA! SCIENCE! ZE SCIENCE WILL SAVE US!

The thing is, I too had been lamenting this exact SAME thing for months to Ash. How I hadn’t written in forever and I just couldn’t seem to get back in the flow of writing. It was difficult and muddled and I couldn’t even get myself to START writing.

I told myself that it was because of this deep emotional issue I was working through. And to be fair, I wasn’t completely wrong. I mean, I had read the book Awareness a few months back and it hit me pretty hard. I was digesting it still … right? Also, I was in a new, serious relationship and there was so much going on emotionally. I needed to give myself time to really adjust and make sense of it all … right??

A body at rest

I truly believe being still on purpose is a key part to finding clarity and peace. But there is a difference between not doing something when you know you should and CHOOSING to not do something on purpose knowing it needs to be done.

When I first took a break from writing to process what was going on my life, it was an active choice. I knew I needed to give myself time to make sense of what I was learning and make sense of all the changes in my life. And resting and stillness and not writing on purpose was something I absolutely needed to do.

The tricky thing with rest though, is that it can easily morph from being a choice to being a thoughtless habit. And that’s exactly what happened. With both my writing and my physical health.

Back to SCIENCE. See, the second half of Newton’s first law of motion states that “a body in motion at a constant velocity will remain in motion in a straight line unless acted upon by an outside force.”

Four years ago, I had been working out consistently and was in the best shape of my life. I was literally a body in motion. Working out was just a part of my everyday life and it was easy. So easy, in fact, I made the mistake of assuming I would never again struggle with staying in shape.

But then I had a very tough, tumultuous year … I was acted on by an ‘outside force’. Albeit a force I drew into my life, yes, but regardless, life hit me pretty hard with heartbreak and so my motion was thrown off course and eventually slowed to a halt.

Same thing happened recently with my writing. Before I read Awareness, I was writing consistently, every day. After the book, I felt like I’d been hit (in a good way) and I slowed down to basically nothing, For months. To give myself time to process what I’d learned.

But this is life right? There will be curveballs. There will be heartbreak and emotionally weighty books and loss and major changes that will collide right into us, especially when we’re working towards things we desire.

Rest is incredibly important. It’s ok to be a body at rest. I did need some time to process things and that’s ok. But at a certain point, I was no longer processing, I was just … resting. More specifically, napping.

And the cold hard truth I’ve come to face is that I was just being lazy.

A body in motion

The thing is once you’ve been at rest, it can seem impossibly hard to get back into motion.

“A body at rest will remain at rest unless an outside force acts on it”.

Ok, SCIENCE, that is awesome. But … what if you’ve been waiting for that ‘outside force’ to magically kick you into motion and it. just. ISN’T. COMING?

Ironically, the ‘outside force’ that spurred my writing was the same force that simultaneously slowed down my desire to work out.

That’s the trouble with relying on outside forces. You have no control over the kinds of forces that come into your life – whether they’re good or bad – or their timing. Not all of them will move us in the direction we desire and the ones that do will rarely arrive at the time we need.

I realized that with my writing, as well as with my physical health, I was just waiting … for lightning to strike, for the urge to hit me again. I did try a few times to start a post … but much like how painful it was when I attempted to start running again, writing was uncomfortable and difficult. The words wouldn’t flow and it was like I’d completely forgotten how to form my thoughts.

My writing muscles (as well as my actual muscles) had atrophied.

And it hit me after reading about Newton’s first law of motion, that if I was going to become a body in motion, both with my writing and my physical health, I was going to have to stop waiting, dig deep and discover my own inside force.

Start where you are

So how do you become a body in motion? Well, the short answer to that question is a big, whopping IDFK. Because honestly, I believe what gets us moving towards our goals, whether it’s an inside force or an outside one, is wildly different for each of us.

For me, right now I’m pretty happy and settled in my life. I honestly have a job I enjoy and pays me well. I love where I live and I love being cuddled up on the couch with my boo.

But, deep down, there is still this nagging voice that constantly reminds me … that I want more from my life. More creativity. More adventure. That’s my inside force. That’s my why. But even knowing your ‘why’ isn’t always enough to get you moving.

See I’ve known my ‘why’ for quite some time. And yet I couldn’t seem to muster the energy to move towards it. I’ve begun to realize that my physical and creative health are very much dependent on each other. I want to write but I often have no energy. And to have more energy, I actually must expend some energy.

There are some studies on this (MORE SCIENCE!!), see this article and this one, but the real reason why exercising gives you energy isn’t clear just yet. We just know that it tends to work.

I know it works for me because I just tried it out this past week. Instead of taking a nap when I desperately wanted to over the weekend, I went for a walk and a slight jog. Voila. More energy. Instead of reaching for that afternoon cup of coffee during the week, I’d hit up my office gym and lift some weights. Poof. More energy. And more focus.

The key for me has been starting really, really small. Write a little every day. Move some. But keep it consistent.

That part, I will admit has been somewhat hard for me … the starting small. Especially with the physical aspect. I used to be able to do 10 pull-ups in a row. Not that long ago either. A 5k was easy for me. My ego was a big reason why I started to avoid the gym for the first time in over 10 years. I didn’t like having to start small. I didn’t like not being able to run a mile without dying or not being able to squat or deadlift what I used to.

So maybe the next step, once you know your ‘why’ and before you start moving towards your goal, is just accepting the truth of where you are.

The issue isn’t that I’m not as strong as I was physically. The issue is that I had stopped moving altogether.

Re-reading about the laws of motion helped me realize it really is that simple.  Just freaking move. Just freaking write something everyday. Because SCIENCE is the shit and I know a body in motion will stay in motion.

The biggest thing I’m learning is that it’s all connected in my life.

It finally clicked that I had to just start where I was if I was ever going to get where I wanted. It’s that simple.

And so I went for a walk and a light jog in my neighborhood. Because I knew I wanted to write later that day. And because I know I want to continue to build a life I’m proud of.

And nearly a week later, I’m still sore. From the slowest, saddest little jog anyone has ever jogged before.

Even better news? I’m not stopping.

#blackouttuesday
I am a huge believer in the power of journaling. ⁣
I try to start each day by journaling. I adopted this habit during a time in my life when I was despondent over my career & desperate to make a change. A friend suggested journaling my thoughts daily as a powerful way to not only work through my feelings but also to visualize my goals & dreams. This little practice drastically changed my life.
I miss humans.⁣⁣⁣
I love a good bath. Bubbles, bath salts, mimosas, oh my.⁣
When this quarantine first began, I was filled with a lot of anxiety. And pressure. I’m lucky to be able to work from home and my job is centered on online aspects of our business, so my team is pretty vital to the company at the moment. I have worked the last two weekends and I’ve been eager to do so. Maybe because sitting still and being stuck at home is something very foreign and uncomfortable to me.⁣⁣
Loading Comments...
%d bloggers like this: